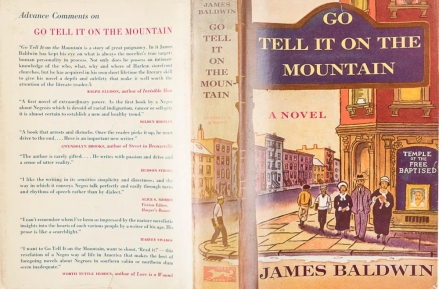 During a time when the media is full of news about America’s two most infamous racists — the depraved Donald Trump and Derek Chauvin (the hateful white cop who murdered black Minneapolis resident George Floyd) — I’m depressingly reminded of virulent racists in literature.

Some of those repugnant characters are in great novels, making those books both must-reads and exceedingly painful reads. But also at times inspiring reads as that racism might be opposed or avenged, individually and collectively.

Among fiction’s awful racists? We have the white New York City cops who arrest Richard, the brainy African-American father of protagonist John Grimes in James Baldwin’s Go Tell It on the Mountain, for a crime he did not commit. Richard is beaten and jailed, and eventually commits suicide in despair — before John is born.

Another vicious white-supremacist cop is Norman Daniels, who raped a black woman in the backstory of Stephen King’s novel Rose Madder.

There are of course plenty of racist white characters who aren’t cops. One of them is Bob Ewell, who falsely accuses a black man — Tom Robinson — of raping his daughter Mayella in Harper Lee’s To Kill a Mockingbird. Disastrous consequences follow.

Then there’s the racist white mob that kills Sam (a black man) because he and Katherine (a white woman) fall in love in Louis Sachar’s Holes.

Going back to 19th-century literature, we have the racist Henri in Georges — the only novel the partly black French author Alexandre Dumas wrote that focuses on characters of color.

There are plenty of cruel white slaveowners in fiction, too. Among the better-known ones are Rufus Weylin of Octavia E. Butler’s Kindred, Simon Legree of Harriet Beecher Stowe’s Uncle Tom’s Cabin, and Tom Lea of Alex Haley’s Roots.

All of the above characters are overtly racist. There are of course countless other white people in literature more subtly racist — some of them quite wealthy, like Trump allegedly is.

In addition to this weekly blog, I write the award-winning “Montclairvoyant” topical-humor column for Baristanet.com. The latest piece — about the police murder of George Floyd and various news that’s local to my town — is here.

109 thoughts on “Racist Characters Bring the Hate to Some Literature”