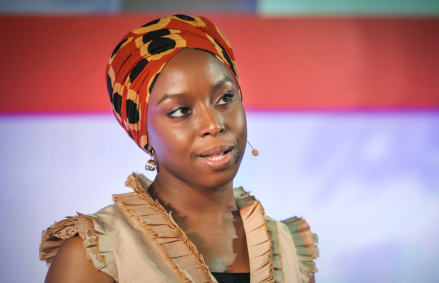 “War is hell,” but it can also be almost an abstraction. Unless you’re directly affected, it might not seem quite as horrible as it actually is or as senseless as it usually is. Novels and other kinds of fiction can help.

By that I mean they introduce us to characters we might grow to love and admire. So if those characters end up affected by war — possibly forced from their homes, possibly terrified, possibly injured, possibly killed — we really feel for them, and are reminded once again of how disgusting war is. Of course we already knew that, but there’s something visceral about seeing characters go through humankind’s periodic carnage. Obviously not as visceral as real life, yet still emotionally wrenching.

Many novels with warfare — such as J.K. Rowling’s Harry Potter and the Deathly Hallows, J.R.R. Tolkien’s The Lord of the Rings trilogy, Suzanne Collins’ The Hunger Games trilogy, and Robert Heinlein’s Starship Troopers — place fictional characters in fictional battles. (That kind of book is often in the sci-fi, fantasy, or dystopian genres.) Many other novels place fictional characters against the backdrop of real wars, and this post will focus on those scenarios.

I just finished Chimamanda Ngozi Adichie’s excellent Half of a Yellow Sun, which takes a classic approach to characters swept up in war — allowing readers to get to know them before all hell breaks loose. We first meet professor Odenigbo, teacher Olanna, servant Ugwu, businesswoman Kainene, British writer Richard, and others in the early 1960s — a time of relative peace in Nigeria — and find them appealing or at least interesting. Then the novel jumps to the start of the Nigerian Civil War later that decade, and we hold our breath to see how those characters will be impacted. How traumatized will they be? Will they survive? (Chimamanda Ngozi Adichie is pictured above.)

Moving back in time, there are of course many novels that place characters in the World War II era, and help us understand how soldiers and civilians felt back then. Willie Keith and May Wynn in Herman Wouk’s compelling The Caine Mutiny, Ida Ramundo in Elsa Morante’s devastating Italy-set History, lovers Ernst and Elisabeth in Erich Maria Remarque’s shattering Germany-set A Time to Love and a Time to Die, etc.

The authors of the three above books all had personal wartime experiences, which undoubtedly added to the power and accuracy of what they wrote.

That was also the case with Ernest Hemingway, a World War I veteran whose time in Spain during the 1930s Spanish Civil War inspired the creation of his memorable For Whom the Bell Tolls and its protagonist Robert Jordan.

Among WWI-era-set novels that grip readers through their characters are Willa Cather’s Pulitzer Prize-winning One of Ours, about farmer’s son Claude Wheeler and his brutal battlefield experiences; and L.M. Montgomery’s Rilla of Ingleside, perhaps the best Anne of Green Gables sequel, which features the family of now-middle-aged/now-a-parent Anne Shirley and their experiences when some young Canadians are sent overseas.

Civil War-set novels that evoke the horrors of battle through their characters include Stephen Crane’s The Red Badge of Courage, whose protagonist is soldier Henry Fleming; and Geraldine Brooks’ Pulitzer-winning March, which focuses on the father from Louisa May Alcott’s Little Women.

I realize I’ve barely scratched the surface here. Which novels have brought home the stomach-turning nature of war for you?

In addition to this weekly blog, I write the award-winning “Montclairvoyant” topical-humor column for Baristanet.com. The latest piece — about how the coronavirus is impacting my town, about a local Facebook group, and about a lawsuit — is here.