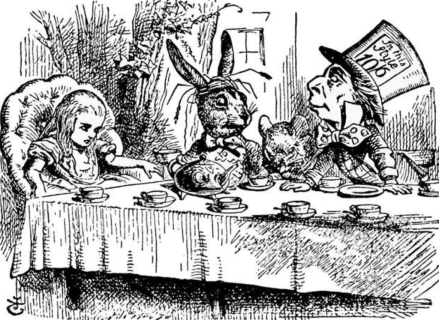 My goal: to discuss dreams in fiction before I go to sleep tonight.

This topic is not my idea. I was reading Elisabeth van der Meer’s great “A Russian Affair” literature blog a week or so ago when she brought up a memorable dream sequence in Alexander Pushkin’s “novel in verse” Eugene Onegin (a work, serialized between 1825 and 1832, that I haven’t read). I commented under Elisabeth’s post, and she said dreams in fiction might perhaps be a good subject for me.

So, I decided it would be sort of a nightmare to ignore a fascinating topic like that. After all, dreams can reveal a lot about a character, can help drive a plot, can be very interesting in of themselves, and can give writers a chance to show off some impressive prose pyrotechnics.

Of course, dreams in novels may or may not be literal dreams (as in the character being asleep). They might be hallucinations, visions, fantasy sequences, etc.

Staying with Russian literature, there’s the famous scene in The Brothers Karamazov in which Ivan Karamazov meets the devil. Perhaps more an hallucination than a dream, what Fyodor Dostoyevsky conjured up is harrowing and hilarious.

Fictional works with ghostly visitations can certainly fit this topic, with the assumption that the visitations are dreamed or imagined — maybe. Charles Dickens’ A Christmas Carol, in which Ebenezer Scrooge encounters various ghosts, is one of literature’s most famous examples of this.

Dream or ghost? We wonder about that near the start of Emily Bronte’s Wuthering Heights when Mr. Lockwood stays in the room of the late Catherine and sees the child version of Catherine try to get in the window. Lockwood experiences this as a terrifying dream, while Heathcliff wonders if Mr. L has seen the actual ghost of his deceased love.

Also in the 19th century, we have Alice’s Adventures in Wonderland and Through the Looking-Glass, in which Alice might be dreaming or imagining various quirky characters and situations. Or perhaps it’s more a fantasy approach on the part of Lewis Carroll. (One of John Tenniel’s famous Alice illustrations is on top of this blog post.)

Moving to the 20th century, Herman Hesse’s novel Steppenwolf ends with an eye-popping scene in “The Magic Theatre” — a place that seems both real and dream-like at the same time.

There are a number of visions in J.K. Rowling’s Harry Potter series, most notably when Harry’s mind involuntarily focuses on Lord Voldemort and that uber-villain’s thoughts.

One of modern literature’s most shocking uses of dreams — or imagined scenarios — is revealed at the controversial conclusion of (Ms.) Lionel Shriver’s novel Big Brother. To avoid any spoiler risks, I’ll leave it at that.

Some characters in time-travel novels do the time-traveling in a way that’s almost a dream. For instance, the protagonist of Daphne du Maurier’s The House on the Strand uses a powerful drug to transport himself from a 20th-century town to the same town in the 14th century. Is he sort of dreaming those experiences in the 1300s? And the protagonist in Jack Finney’s Time and Again goes from 20th- to 19th-century New York City via self-hypnosis, a dream state of sorts.

Novels you remember with elements of dreams, hallucinations, and such?

And now for a famous “Dreams” song:

In addition to this weekly blog, I write the award-winning “Montclairvoyant” topical-humor column for Baristanet.com. The latest piece — about my town’s upcoming election and (alliteration alert!) somewhat-secretive schools superintendent search — is here.

82 thoughts on “Dreams Are Among Literature’s Themes”