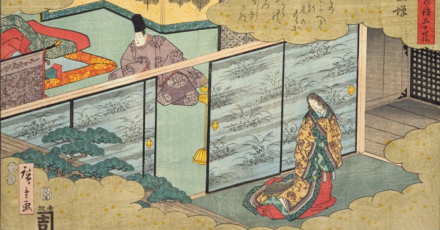 There are many dichotomies in novel reading — including books by women or men, books by authors of color or white writers, books that are literary or more mass-market, books that are long or short, books with third-person or first-person narratives, and books set in recent times or long ago.

I was thinking about that last dichotomy when I recently read, back-to-back, Richard Russo’s Everybody’s Fool and Anita Diamant’s The Red Tent. Russo’s 2016 novel, an excellent sequel to Nobody’s Fool, takes place in near-contemporary times. Diamant’s absorbing 1997 novel — told from the viewpoint of Dinah (daughter of Jacob/Leah, granddaughter of Isaac/Rebecca, great-granddaughter of Abraham/Sarah) — is set in biblical times thousands of years ago.

This blog post will focus on novels set many centuries in the past, whether written recently or…many centuries in the past. It’s fascinating to get a taste of what life was like long ago — seeing the differences and similarities from the way we live today. And — what do you know! — human emotions were pretty much the same, even as smartphone use was 50% less in ancient times.

Set VERY long ago is Jack London’s Before Adam, in which a man dreams he’s living in the era when apes were evolving into humans. (This was well before U.S. Republican leaders began devolving.) Part of Arthur C. Clarke’s mind-blowing 2001: A Space Odyssey takes place during roughly the same period.

Another far-back novel with a not-quite-so-old milieu is Anthony Burgess’ The Kingdom of the Wicked — which unfolds during the time of Christianity’s birth 2,000 years ago. There are of course numerous fictional works featuring or referencing Jesus Christ during the time he lived (if you believe he lived).

Taking place roughly during that same time period is Robert Graves’ I, Claudius — set during the Roman Empire.

Moving ahead several hundred years, we have Mark Twain’s pointed/hilarious A Connecticut Yankee in King Arthur’s Court, in which the 19th-century protagonist travels back to the late-5th/early-6th-century days of Camelot.

Plus The Name of the Rose, Umberto Eco’s intellectual murder mystery that takes place in 14th-century Italy; and The House on the Strand, Daphne du Maurier’s gripping novel that features time travel back to that 1300s period in England.

The iconic Don Quixote is set in the 1500s, or perhaps the early 1600s — when Miguel de Cervantes wrote it.

And James Clavell’s compelling Shogun takes place in the feudal Japan of 1600.

What are some of your favorite novels set many centuries in the past? I realize there are countless titles I didn’t name.

In addition to this weekly blog, I write the award-winning “Montclairvoyant” topical-humor column for Baristanet.com. The latest weekly piece — about structural problems in three old schools, the possible reopening of a historic movie theater, and my town’s new congresswoman — is here.

77 thoughts on “Novels Set Long Ago”