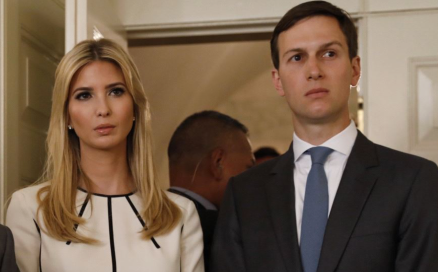 Among the Trump administration’s many, many horrible aspects is the blatant nepotism of incompetent daughter Ivanka and incompetent son-in-law Jared Kushner “serving” in major positions.

So, how about nepotism in literature? The beneficiaries are often also not deserving of their positions, which makes them easy for readers to root against — though there are occasional examples of those characters having some talent. Increasing the un-sympathy factor is that nepotism beneficiaries frequently aren’t nice, frequently act entitled, and frequently are quite flush with unearned family money.

Novels — historical fiction or otherwise — with royal characters of course often feature such people. For instance, in Alexandre Dumas’ The Three Musketeers, there’s the weak-willed Louis XIII who obviously had a bunch of other Louis guys come before him. One of them, Louis XI, is in Sir Walter Scott’s novel Quentin Durward.

Then there’s Rufus Weylin, the son of a slaveholder in Octavia E. Butler’s Kindred. He’s somewhat needy and unsure of himself as a boy, but grows into a mostly brutal and not especially smart master when he takes over the family plantation from his merciless father Tom.

Or how about the scenario in Lee Child’s Jack Reacher novel Worth Dying For? In that book, Seth Duncan works for a Mafia-connected Nebraska trucking company run by his father and uncles that ruthlessly extorts business from surrounding farms and engages in human trafficking. The vile Seth continues his family’s low ethical standards by also abusing his wife.

Of course, participating in or taking over the family “business” doesn’t necessarily have to be a bad thing. While there are plenty of differing views on nihilism and such in Ivan Turgenev’s novel Fathers and Sons, it seems okay that Arkady eventually assumes the management of his father’s modest Russian estate.

Another positive nepotism example is in One for the Money, the first of Janet Evanovich’s seriocomic Stephanie Plum crime novels. Stephanie gets a bounty-hunting job via her bail-bondsman cousin Vinnie, and ends up being quite good at that work (in One and the many subsequent Plum novels) despite some periodic bumbling.

Then there’s the complicated would-be nepotism situation in Charles Dickens’ Dombey and Son. The wealthy Paul Dombey is so focused on his son, and the hope that the boy will eventually take over his shipping company, that he almost totally rejects/neglects his daughter Florence.

Before ending this post, I’ll add that in real life there are plenty of children and other relatives of novelists who became novelists themselves. But that’s another topic — discussed in this piece I wrote in 2011.

In addition to this weekly blog, I write the award-winning “Montclairvoyant” topical-humor column for Baristanet.com. The latest weekly piece — which has a July 4th theme — is here.

53 thoughts on “Nepotism in Novels”