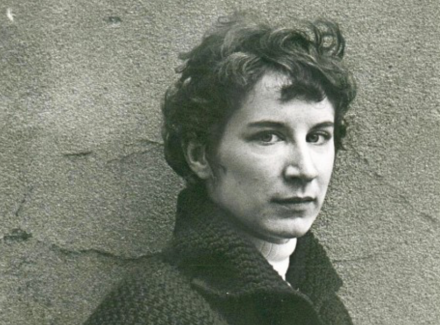 While there are still a few months left in 2019, I thought I’d write a post about this year’s round-number anniversaries of some major novels I’ve read.

A number of significant works of fiction came out 50 years ago, in 1969, with one of the most prominent Kurt Vonnegut’s searing/darkly humorous anti-war novel Slaughterhouse-Five.

That half-century-ago year also saw the appearance of Margaret Atwood’s debut novel — The Edible Woman, a good-not-great book that kicked off Atwood’s amazing prose-fiction run that would include The Handmaid’s Tale; and the release of Daphne du Maurier’s gripping time-travel work The House on the Strand, the next-to-last novel of a long/distinguished career perhaps best known for Rebecca.

Atwood (pictured above during the 1960s) is of course still in the thick of the literary discussion in 2019 with the September 10 release of The Testaments, her blockbuster sequel to The Handmaid’s Tale.

Going back a century, to 1919, readers were introduced to Sherwood Anderson’s Winesburg, Ohio — a pioneer in the mini-genre of novels consisting of interrelated short stories. Also released that year was one of W. Somerset Maugham’s best works — The Moon and Sixpence, about an intense stockbroker-turned-painter who was somewhat modeled on Paul Gauguin. And then there was Free Air, the last NOT-well-known novel Sinclair Lewis would write before going on an impressive run starting with Main Street in 1920.

Two centuries ago, in 1819? Not an extraordinary 12 months for novels when they were just starting to gain wider popularity as a genre, but that year did see the release of books such as Sir Walter Scott’s feverish The Bride of Lammermoor.

Among 1994’s most notable releases were Julia Alvarez’s heartbreaking historical novel In the Time of the Butterflies, which tells the story of four sisters (three martyred) living under the brutal Dominican Republic dictatorship of Rafael Trujillo; and Louis de Bernières’ Captain Corelli’s Mandolin, an emotionally riveting work set on a Greek Island during World War II.

And 1944 saw the publication of another memorable WWII novel, John Hersey’s A Bell for Adano; the aforementioned Maugham’s last great creation, The Razor’s Edge, set soon after World War I; and Colette’s Gigi, that author’s most famous work but hardly her best.

In addition to this weekly blog, I write the award-winning “Montclairvoyant” topical-humor column for Baristanet.com. The latest weekly piece — which comments on a county meeting that featured heated audience discussion about a controversial immigrant jail — is here.

62 thoughts on “Important Novels With 2019 Anniversaries”