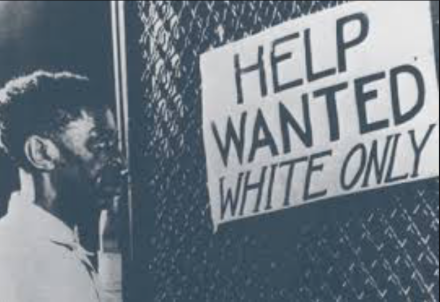 For a country that’s supposedly a great democracy, the United States has a breathtaking amount of virulent prejudice in its past and present — making the country a great democracy mostly for (rich) white males.

This comes up often in U.S.-set novels — as it should, given that lots of fiction reflects real life.

As I post this just hours before the holiday celebrating the great Rev. Dr. Martin Luther King Jr., I’ll first mention that I most recently came across a prejudicial U.S. in Isabel Allende’s The Japanese Lover. Part of that novel shows the grim reality of Japanese-Americans relocated to internment camps after the bombing of Pearl Harbor amid bogus hysteria about their supposed disloyalty to the U.S. — even as many of those rounded up had lived for years, and/or were born, in the States. An awful chapter in the otherwise fairly liberal FDR presidency, which didn’t intern German-Americans or Italian-Americans despite the U.S. also being at war with Germany and Italy. Because those citizens were white, of course.

Obviously, one of the original sins of U.S. prejudice, before and after the Revolutionary War, was the abysmal treatment of Native-Americans. Many novels have addressed that — with just two of them including Diane Glancy’s Pushing the Bear (which takes place during the late-1830s forced removal of the Cherokee from their land) and Cormac McCarthy’s Blood Meridian (about white marauders slaughtering Native-Americans, among others, about a decade later).

The other original sin was the ghastly system of slavery, which lasted from 1619 (when Africans were first yanked over to the U.S.) until America’s 1861-started Civil War. The many novels addressing that — as well as racism in general, past and present — include Alex Haley’s Roots (partly about the author’s own enslaved ancestors), Harriet Beecher Stowe’s Uncle Tom’s Cabin (which depicted miserable plantation life as well as the possibilities of escape to the North and Canada), Toni Morrison’s Beloved, Alice Walker’s The Color Purple, Octavia Butler’s Kindred, Zora Neale Hurston’s Their Eyes Were Watching God, Richard Wright’s Native Son, Ralph Ellison’s Invisible Man, James Baldwin’s Go Tell It On the Mountain, Walter Mosley’s Easy Rawlins books, etc., etc.

Of course, people of Hispanic descent have also faced discrimination in the U.S. Another Isabel Allende novel — Daughter of Fortune — has Latina and Latino characters (along with every other person of color) the target of harsh bias from whites in Gold Rush-era California. Low-income protagonist Connie Ramos in Marge Piercy’s sci-fi-ish novel Woman on the Edge of Time is also treated badly by white characters who stereotype her.

Trump’s motto is “Make America Great Again.” Great for whom? Most of us know the answer to that.

Some novels you’d like to name that include depictions of prejudice in the U.S.?

In addition to this weekly blog, I write the award-winning “Montclairvoyant” topical-humor column for Baristanet.com. The latest piece — about a vicious campaign to oust a Board of Education member — is here.

53 thoughts on “No Pride in Prejudice”